Please. Inspect your new rod when you get it from us.

Purchasing online and having a new rod turn up at your house is a great thing.

Marine Deals prides itself on this service, and we do all we can in regards to packaging and shipping, rods come in tubes and are inspected by the staff before heading out. Occasionally, despite our best efforts, something gets damaged in transit.

Normally this will be obvious as the outer packaging will be damaged. However, it's still very important that you inspect your new rod before putting it into the corner of the garage and forget about it until you get out fishing a month or so later.

This is especially important with graphite rods - as they don't take much of a knock to damage them. This is sometimes only discovered after the first fish on - and if this is a couple of months after the original purchase date, you can appreciate the warranty claim gets a bit tricky. Regardless, you don't want the fish of a lifetime on a damaged rod!

However, when someone comes in with a rod that's been used for a couple of months, we often find the supplier won't accept it for warranty replacement. At that point, it's been used a couple of times, and a manufacturer's fault would have already been apparent. Rods don't 'wear out' and then break - they snap early on, or don't until they are accidentally knocked or damaged. There are of course exceptions, but they are rare.

So, do yourself, and us a huge favour - inspect your new rod as soon as you get it - and let us know if there are any issues. We want to do right by our customers, so help us, help you. 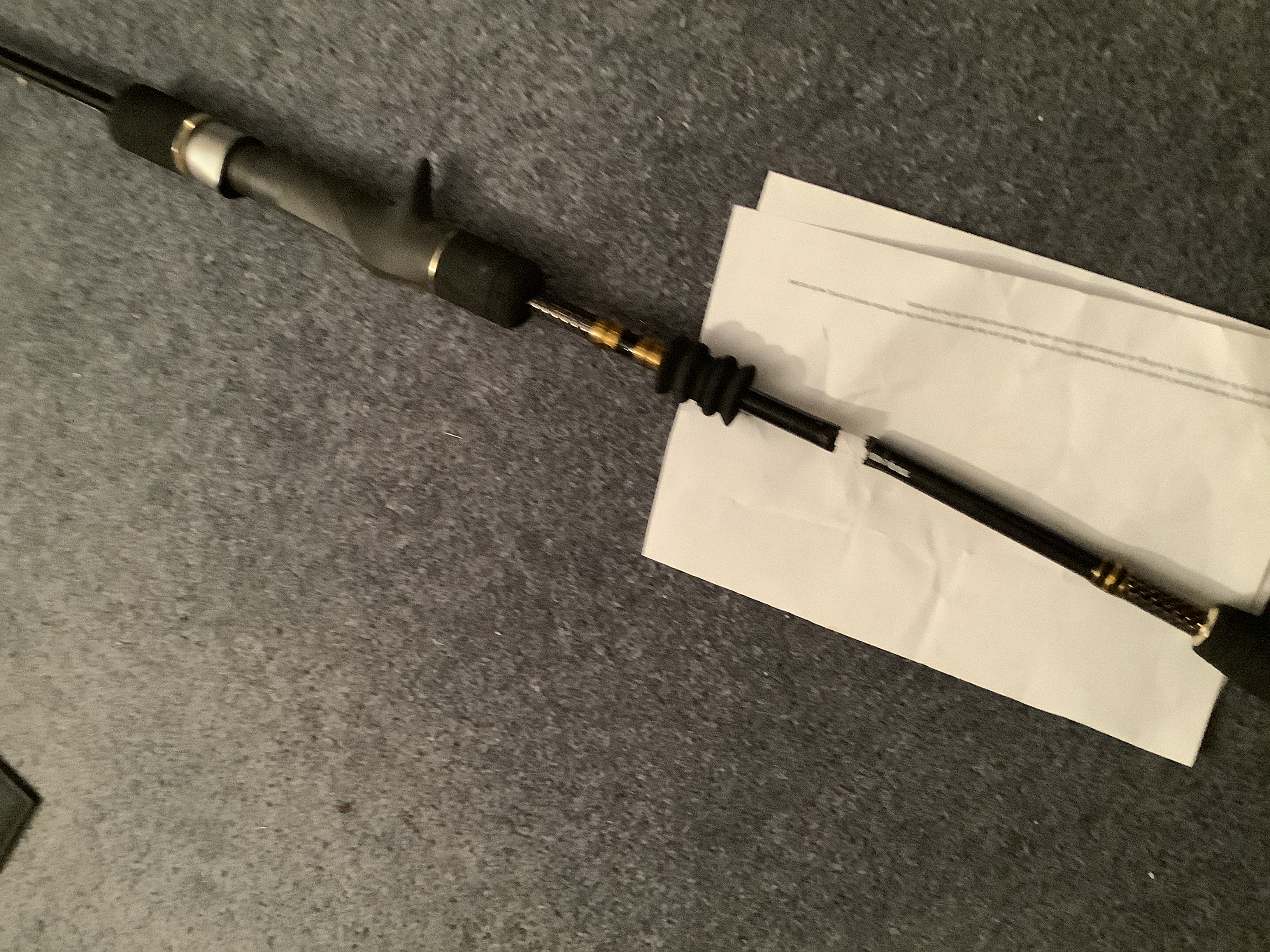 This one was unfortunately a bit painful for the customer. New rod, graphite rod blank sitting in the holder, he put it there momentarily while helping mate land another fish - hooked up, whacked the graphite against the metal holder and snapped it. That little foam piece at the top is actually designed to be pulled down to where the blank would sit against the rod holder and protect it from knocks. However - these rods are really not designed to be fished from rod holders. If you are putting a graphite rod in the holder, make sure the blank (rod) is protected, or, put it into free spool so a fish hit won't cause damage to the rod. 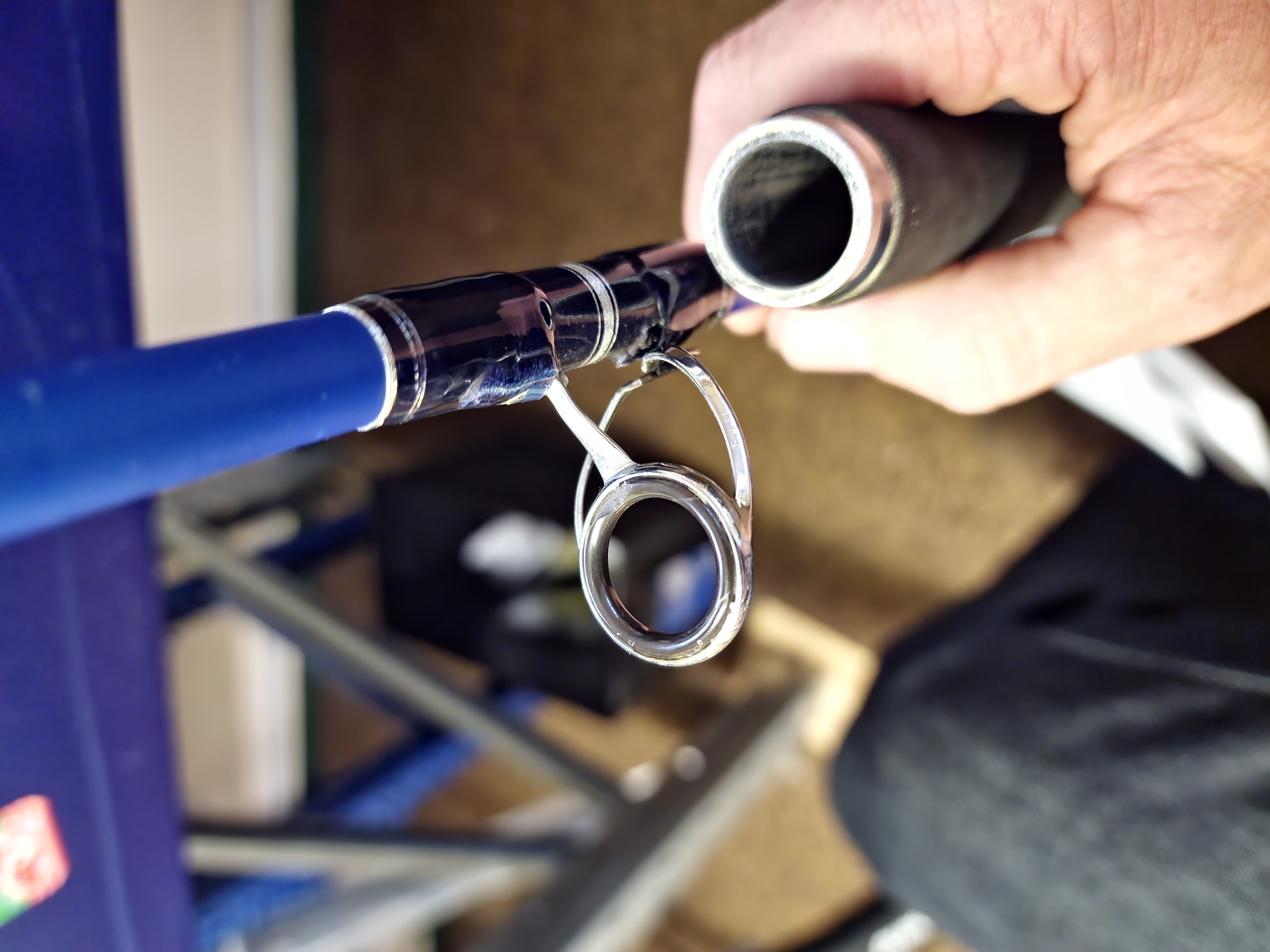 Guides don't tend to spontaneously 'pop' out or break. They get knocked and damaged. We know this. Customers know this. How else does physical damage occur? However, if you open your package, check them and realise there is damage - then of course we are going to replace the rod without issue! The conversation becomes a lot more difficult once you have been using it for a season though. Because - well - something has to have happened for the damage to occur! 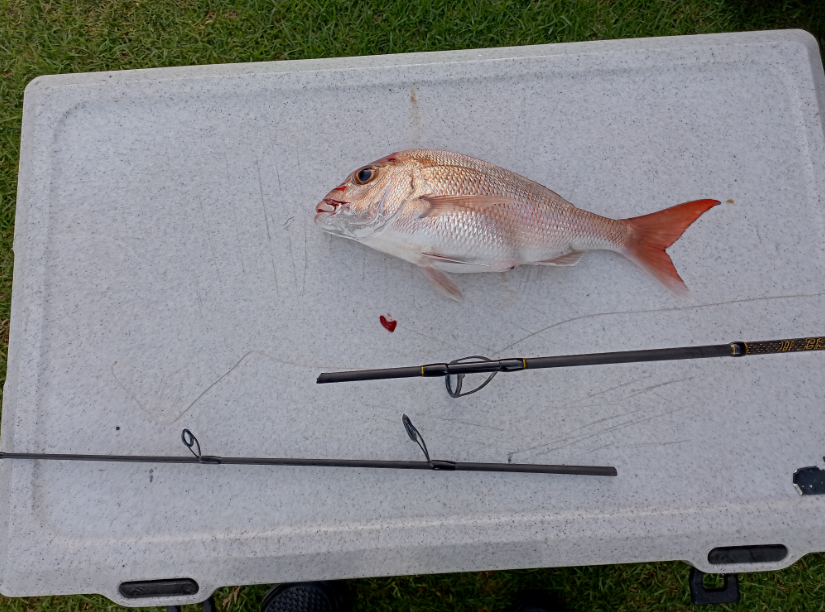 The small fish always seem to be the ones breaking rods! Where this rod has snapped indicates more blank damage than tip loading - but because the rod was around 9 months old, it's safe to conclude the rod has taken a bang at some point and suffered a fracture. If this was the first fish on, then yes, potentially a warranty issue.

A double whammy! It's not uncommon for multiple breaks to happen at once. In this case, the rod was sitting in the rod holder (seeing a trend yet?), a fish hit it, snapped the blank at the base and then the top of the rod was snapped as the angler grabbed the top of the rod to try and save it. Often you also see damage to the top guide and potentially the one below where the upper snap occurs.